Rather than try to tackle complex national and international issues and institutions that affect the entire U.S. , we concentrate on place based trends and academic research that more directly reflect our everyday experiences in our own neighborhoods, workplaces, and other closer connections. We seek to grapple with ideas that stem from and have immediate implications for our personal ties and intellectual enjoyment. We deal with those grassroots issues not to influence public policy or resolve differences but to gain an understanding of the way of the world-- in order to sort out the chaos and thereby increase our pleasure.

We start from the premise that changing the body politic at the state and national level is becoming increasingly difficult for citizens of the 21st century in the way that the power structure was able to do at the start of the 20th century, when American Progressivism was imbued with a strong reformist optimism.  “I propose that we lead” declared Edward Adams in …
Post a Comment
Read more

ADDENDUM Some Examples of our Salons 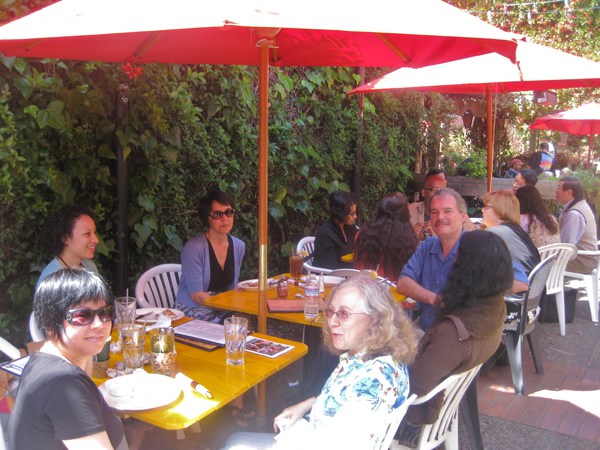 Throughout human history, people have tended to live and die in the same place, or at least the same region, in which they're born. Place is an important part of one's identity.

Recently, we joined Philosophy Talk's John and Ken in Berkeley whose guest was India born UC Berkeley English Professor Bharati Mukherjee, author of Miss New India and other novels exploring migration, alienation, and identity.Afterwards, we walked over to the Jupiter restaurant for THE MAIN EVENT--our discussion--accompanied by pizza  (voted best in the East Bay) and some brewskis.  We broke into smaller groups so all could participate and hear each other.

What psychological effects do to immigrants, exiles, and expatriates endure? Do we risk losing an important part of human life? Or do we gain freedom from the lottery of birth and assimilate into an unfamiliar environment?
The ethnic and racial diversity were both irrelevant and advantageous for enhancing our discussion because of a diversity of e…
Post a Comment
Read more

Marriage and Money: How Much Does Marriage Explain the Growing Class Divide in Happiness? 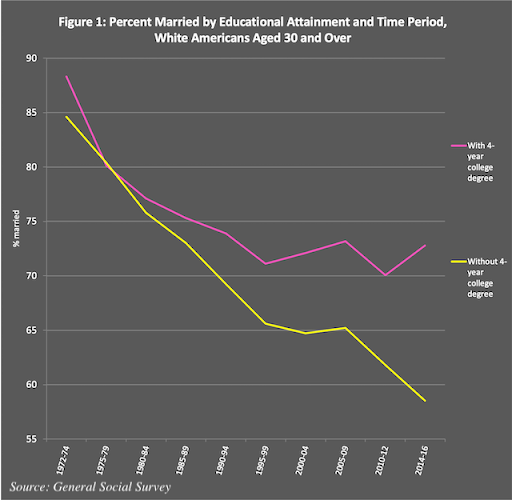 https://ifstudies.org/blog/marriage-and-money-how-much-does-marriage-explain-the-growing-class-divide-in-happiness What makes us happy? Many people would answer spending time with friends and family. But as it turns out, money can make a difference, too: There is happiness in not having to worry about paying your bills and in living in a comfortable and safe home. In a recent analysis of 40,000 Americans over age 30 in the General Social Survey, we found that people with more money were happier, as were people with more education and more prestigious jobs.   But that wasn’t the end of the story. Because the survey data went back to the 1970s, we were able to measure whether the link between happiness and money changed over time. It has: happiness is now more strongly linked to money than it once was. Happiness is also more strongly linked to education and job prestige, other measures of socioeconomic status (SES).  Among White Americans, the happiness of lo…
Post a Comment
Read more

Human eggs prefer some men's sperm over others, research shows 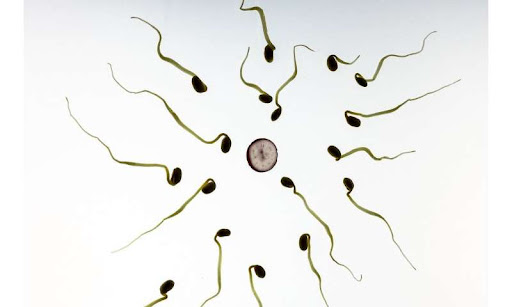 I see Glenn & John, I watch. To comment on what it is; John's awesome, yes, but it's just the chemistry you two have in conversation. You have a lot of mutual respect, but also a lot of area where you guys are able to disagree. You guys are exemplars of debate done right where your pluralism of ideas doesn't get in the way of your friendship, mutual respect, and earnest willingness to listen to each other.

There is a physiological basis for the high mortality in the black community. Chronic vitamin D deficiency is a cause for many preexisting conditions, including hypertension, asthma, and heart disease. You cannot make vitamin D during the fall and winter if you live at latitudes above the 37th parallel(NYC, Chicago, etc...). Plus, dark skinned people need up to 6 times the dose of sunli…
Post a Comment
Read more
More posts